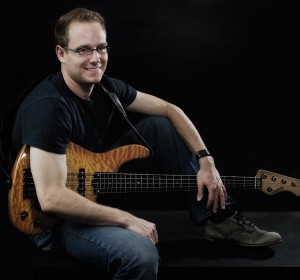 Robin Ruscio is one of Colorado’s premier acoustic and electric bassists.  He has performed with Lannie Garrett, Ron Miles, Nelson Rangell, Jeff Jenkins,  The U.S. Air Force Falconaires, The Darren Kramer Organization, Cojunto De Colores, and The Yo Flaco Jazz Project, as well as numerous other local and national jazz and popular music acts.  He has played in orchestras for musical productions including “Wicked”, “Spamalot”,  and “Billy Elliot”.  Robin is an established private bass instructor in the Denver metro area, and has been teaching privately for over a dozen years. He holds a bachelor’s degree in jazz performance from the University of Denver’s Lamont School of Music, where he was highly awarded. Robin also trained at the Henry Mancini Institute in 2001 and 2002, and the 2003 Jazz Aspen Snowmass Summer Academy.

Robin is also a master’s level Licensed Professional Counselor Candidate and Nationally Certified Counselor who works with individuals, couples and groups on a variety of mental health and personal growth  issues.